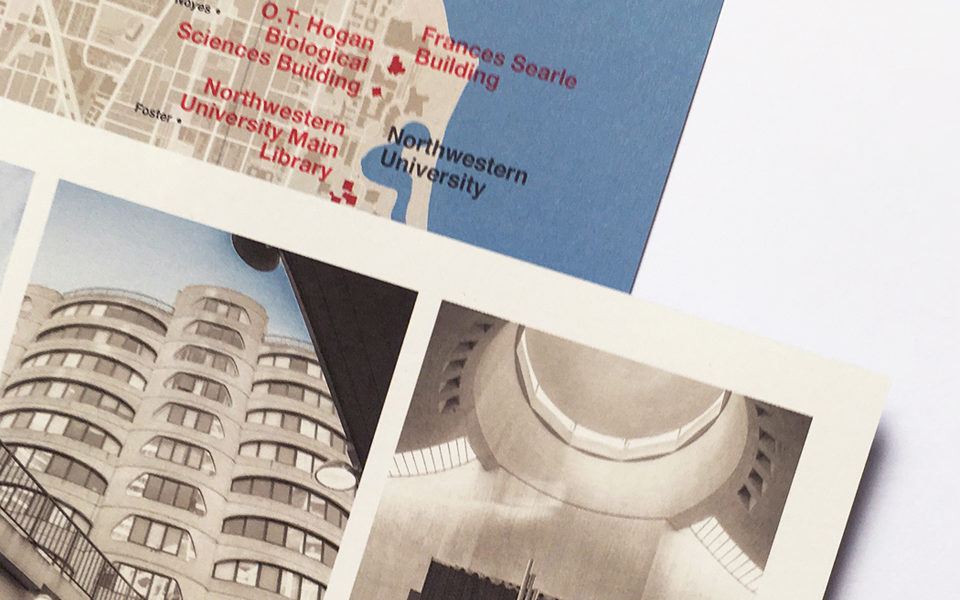 Iker Gil has edited the latest map published by Blue Crow Media that is dedicated to concrete architecture in Chicago.

Blue Crow Media’s twelfth architecture map, Concrete Chicago Map, offers a unique guide to Chicago’s hitherto undervalued, and in some cases, undocumented concrete architecture. This two-sided guide, features a map of selected buildings in Chicago and its suburbs, an introduction by Chicago-based architect and editor Iker Gil, photographs by Jason Woods, and details of over fifty concrete buildings and structures.

In the second half of the 20th century, concrete architecture played a critical role in defining educational,institutional,and government buildings in Chicago. Works by Chicago architects Bertrand Goldberg and Skidmore, Owings & Merrill standout, including the celebrated Marina City, and a series of remarkable university buildings across the city’s many campuses. Concrete Chicago Map is an original architectural guide designed to discover these well-known buildings along with lesser known structures, from the St.Mary of Nazareth Hospital by Perkins+Will to the Johnson Publishing Company headquarters by Dubin, Dubin, Black & Moutoussamy, once home to Ebony and Jet magazines. Striking contemporary buildings by Tadao Ando, Perkins+Will and Studio Gang are also featured.

Editor Iker Gil says, “Concrete Chicago Map provides an opportunity to celebrate and discover concrete structures in a city that features some of the most important buildings of the last century. In many cases, these concrete buildings captured the aspirations of the city at critical times. As we shape the future of Chicago, it is worth trying to learn from the lessons and opportunities represented by these remarkable buildings.”

Chicago has lost several significant Brutalist and concrete buildings in recent years. In highlighting the city’s finest historical and contemporary examples,this map is designed to place the role of concrete architecture at the forefront of one of the world’s most renowned architectural cityscapes.