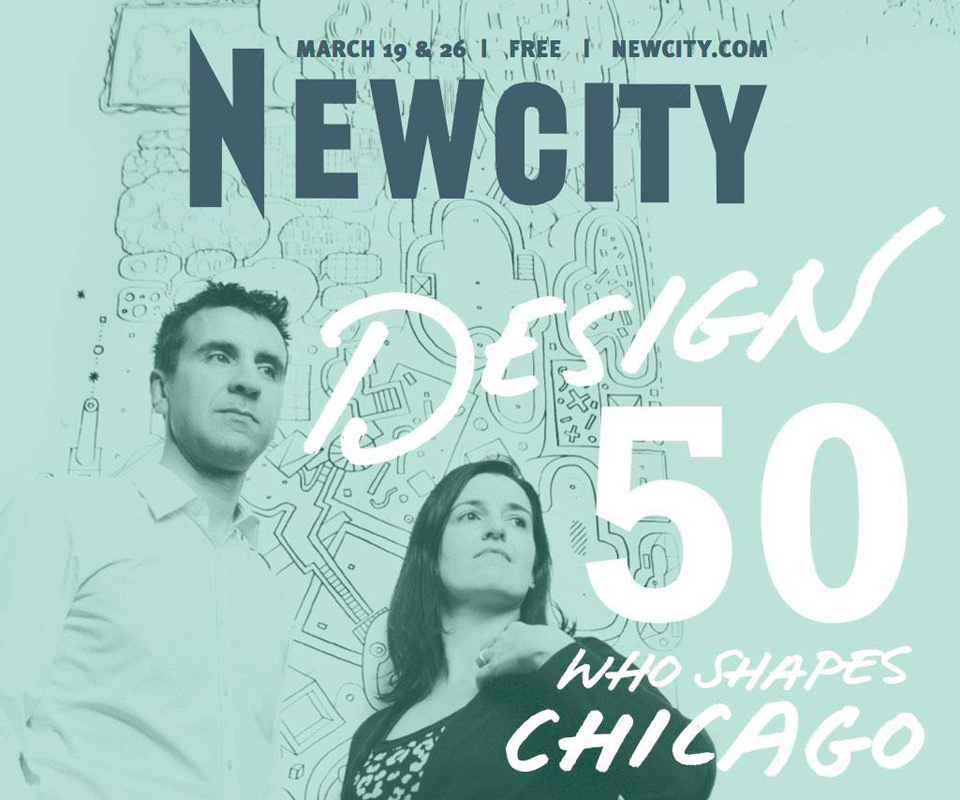 The Chicago-based publication Newcity has released its annual list of Design 50 and Iker Gil is honored to be included for the second year in a row. As described by Nexcity “this installment of Newcity’s annual Design 50 issue salutes this cohort, which includes retailers and organizers, critics and collectors, deans of schools and heads of foundations, cultural workers of all stripes, and others who present and promote design in Chicago.”

This is what they had to say about Iker:

“Not many architects have the fortitude to leave a promising career at one of the world’s top firms. Iker Gil, a Bilbao transplant, not only left Skidmore, Owings & Merrill but left it for an uncertain future, without having another solid gig lined up. If his subsequent career—as a publisher and editor of a journal, as an organizer of public programs, as a teacher of young designers, as a curator of exhibitions and as a public intellectual—is any indication of success, Gil thrives on uncertainty. His practice, MAS Studio, and its related journal, MAS Context, have become central for new thought in Chicago. It’s almost as if Gil can’t help being at the center: even his apartment in Marina City has become something of an informal salon and performance space. Just don’t tell his condo board.”

Besides Iker, MAS Context art director Rick Valicenti and MAS Context advisory board members Zoë Ryan and Alisa Wolfson are included in this year’s list. It is the second time that Alisa and Zoë have been included in this list, and the third time for Rick. We are also happy to see the inclusion of Sarah Herda from the Graham Foundation and Kim Coventry from the Richard H Driehaus Foundation, two organizations that have supported our work with their grants, as well as many other friends, collaborators, and supporters of MAS Context. Congratulations to all of them for the work they do to support design in Chicago.

Thanks so much to the team at Newcity for the inclusion in this year’s group. You can check the full list on Newcity’s website.