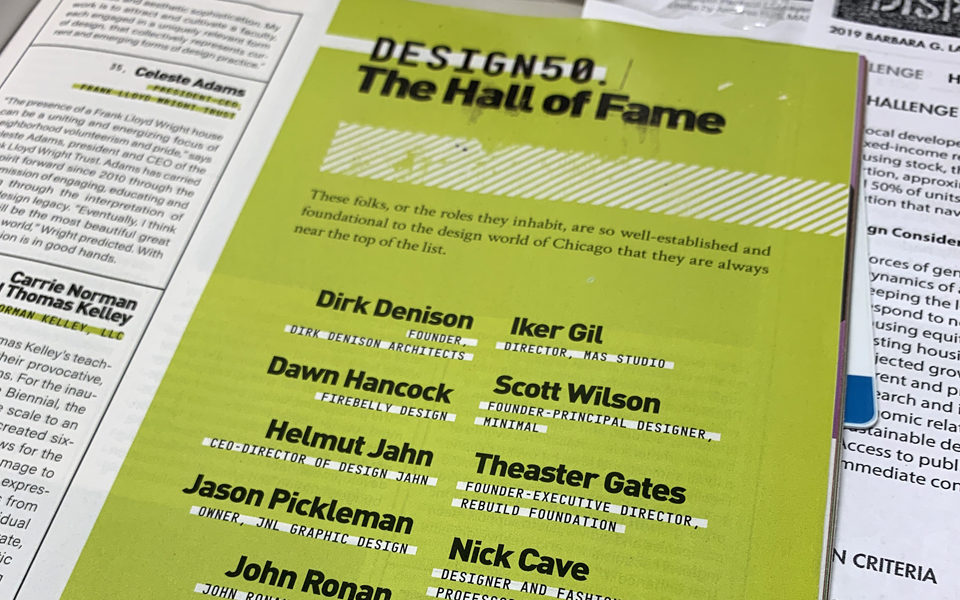 The Chicago-based publication Newcity has released its annual list of Design 50 and Iker Gil is honored to be included as part of their inaugural Newcity Design Hall of Fame, “the cornerstones of Chicago design scene who’ve already made this list year in and year out, and without whom it could not stand.”

According to Newcity, “these folks, or the roles they inhabit, are so well-established and foundational to the design world of Chicago that they are always near the top of the list.”

Thanks so much to Vasia Rigou and the team at Newcity for the inclusion in this year’s Hall of Fame. You can check the full list on Newcity’s website.